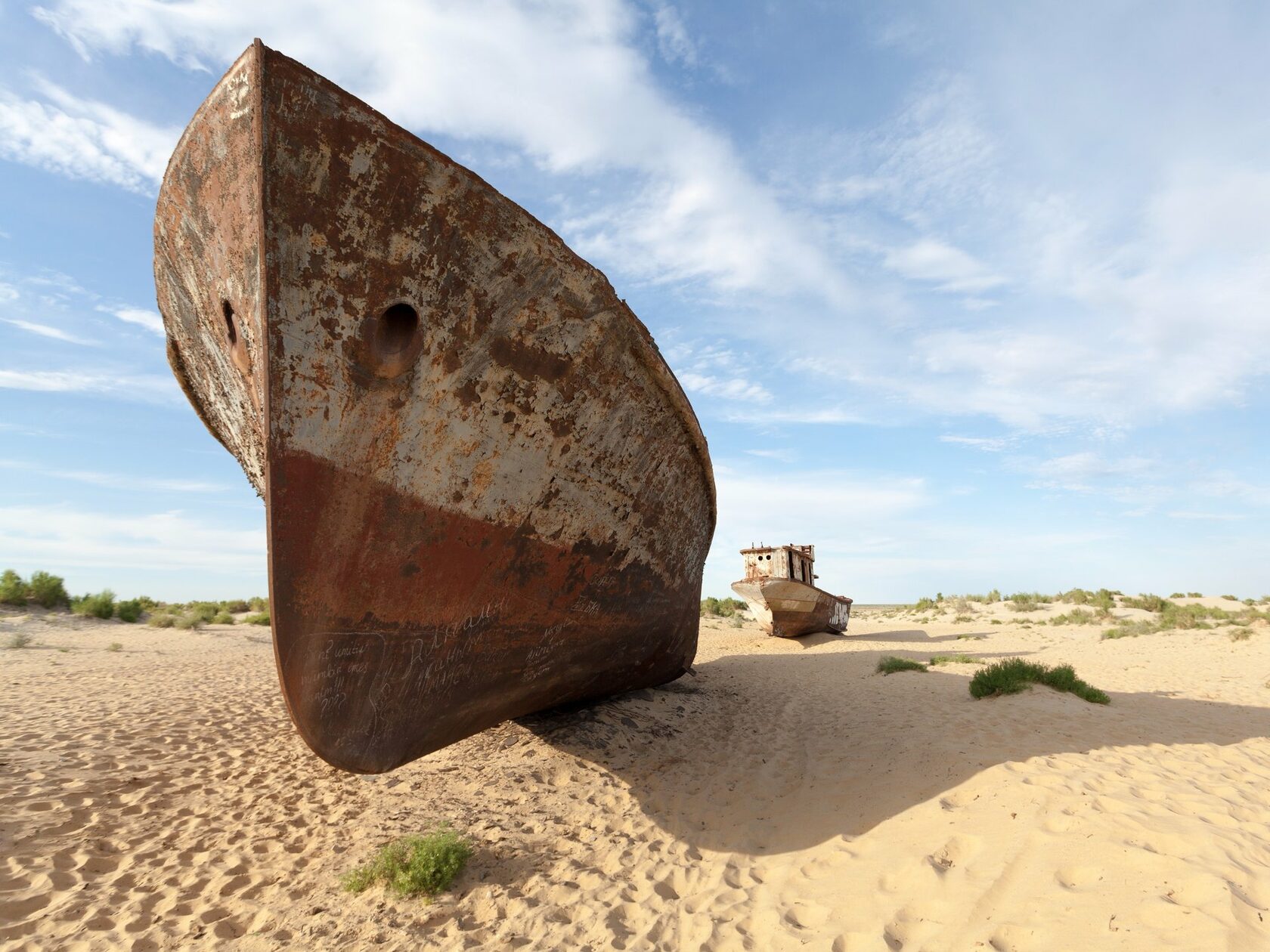 THE ARAL SEA
The Aral Sea is an endorheic salty lake on the boarder of Kazakhstan and Uzbekistan
Since the 1960s, the sea level (and the volume of water in it) has been decreasing rapidly due to the withdrawal of water from the major feeding rivers - Amu Darya and Syr Darya (according to one of the theories). Before shoaling, the Aral Sea was the fourth largest lake in the world.
Drying out of the Aral Sea
By that time, the Aral Sea had become so shallow that it divided into the Small and Big Lakes, and its maximum depth had decreased by 14 meters. As the sea dried up, salinity increased, reaching 63-67 ppm (for comparison, the average salinity of the World Ocean is 35 ppm). The dried bottom of the Aral Lake became a desert - Aralkum, where cracks of desiccation are clearly visible and dust storms are rampant.
What is happening to the Aral Sea is a real ecological disaster. At the moment, the shrinking Aral Sea has gone 100 kilometers from its former shoreline. For years the lake had been drying up, but this fact was carefully hidden from the public. This went on until 1985, when information about the ecological disaster was made public by Mikhail Gorbachev.
In the 1930s, large-scale construction of irrigation canals began in Central Asia, which especially intensified in the early 1960s. Since 1961, the sea began to shoal dramatically. Among the causes of shallowing was the increased consumption of water from the rivers that flowed into it for agriculture.

Excessive withdrawal of water for irrigation of agricultural land has turned the world's fourth largest lake-sea, previously rich in life, into a barren desert. Precipitation in the form of rain and snow, as well as underground sources give the Aral Sea much less water than is lost through evaporation, resulting in a decrease in the lake-sea's water volume and an increase in salinity.
Causes of the catastrophe
The drying of the sea affected the climate of the region immediately adjacent to the former sea area. It became more continental: summer became drier and hotter, while winter – colder and longer. Dust containing sea salts, pesticides, and other chemicals is carried by winds in large quantities from the dried part of the former seabed to the surrounding regions.

As a result of shallowing, the salinity of the Large Aral increased sharply, which caused the extinction of many species of flora and fauna adapted to the lower salinity. The Large Aral lost its fishery significance, and ports were closed.

There are a number of negative consequences for the inhabitants of the Aral Sea region: high level of unemployment, high child and maternal mortality due to unfavorable ecological condition.
Consequences 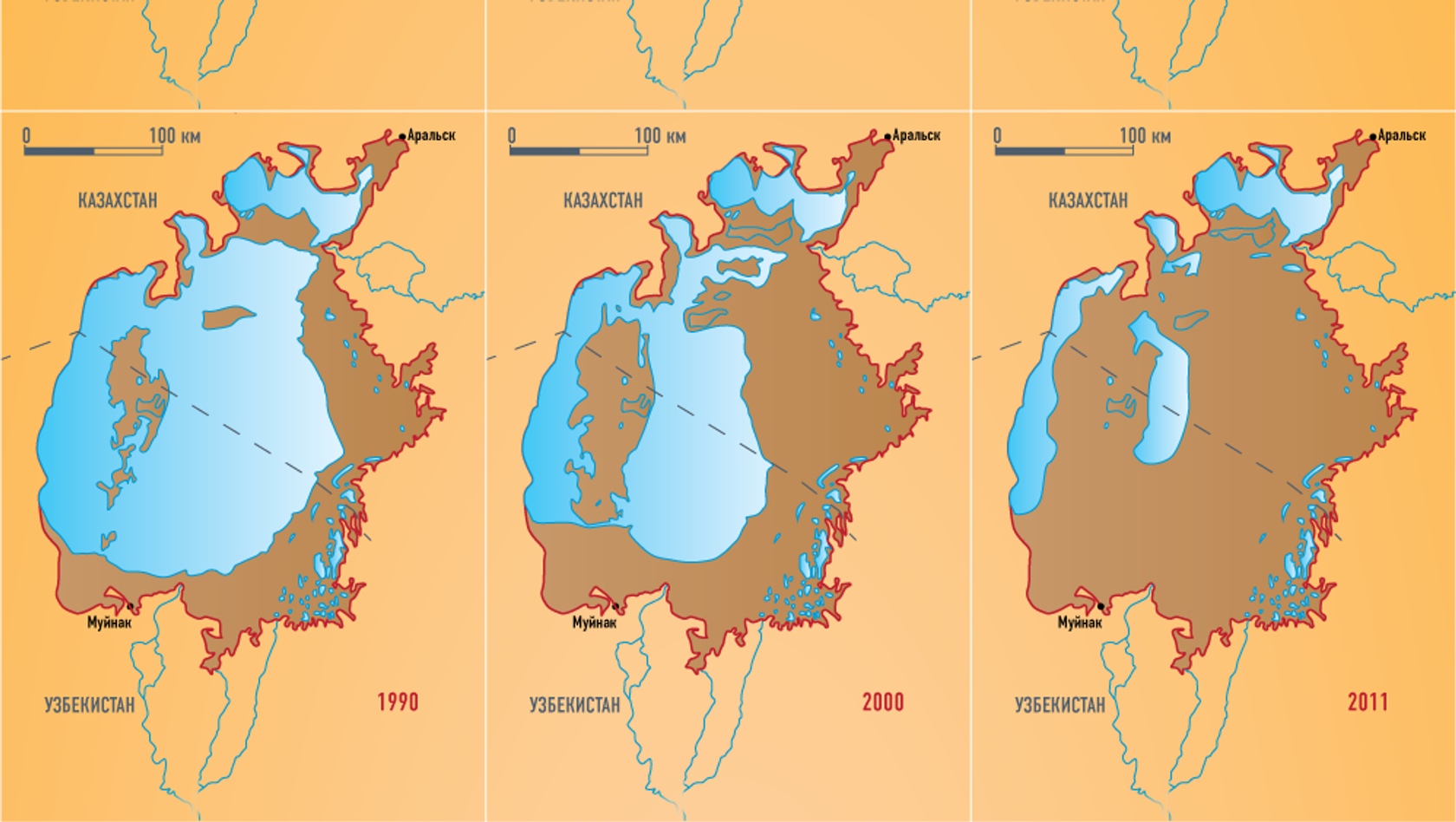