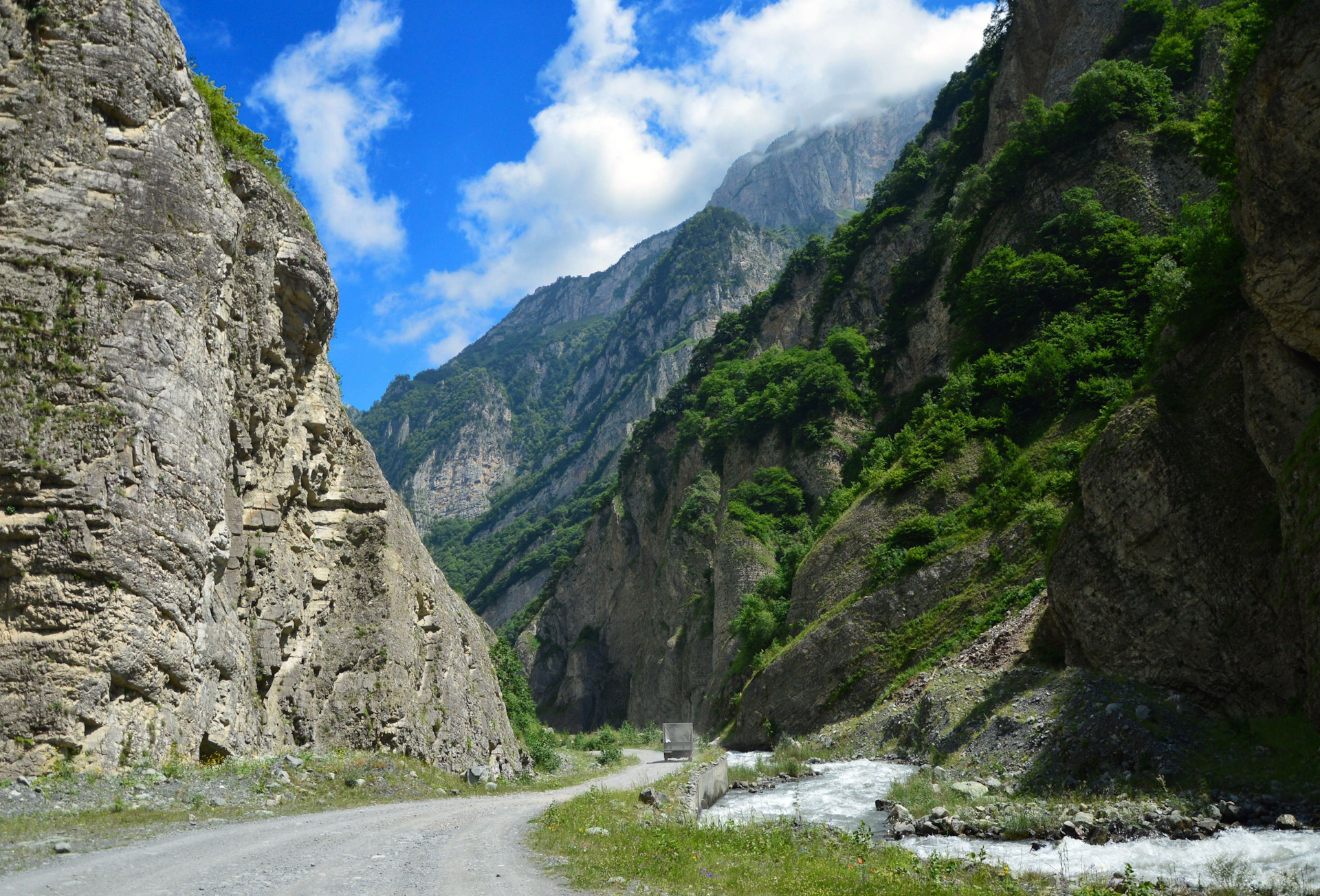 karmadon gorge
Karmadon Gorge in North Ossetia is a part of the Greater Caucasus mountain system.
The gorge is situated at an altitude of 750 to 1200 meters above sea level. The Genaldon river runs along the bottom of the gorge, forming a valley. The name of the river is the reason why the massif is sometimes called Genaldon massif. In the upper reaches of the gorge there are two glaciers: Kolka and Mayli.
Kolka rock-ice surge
A tragedy occurred on September 20, 2002. The Kolka glacier collapsed and a mass of show, ice and stones streamed down into the Karmadon Gorge at the speed of more than 180 km per hour (110 mi/h). In the matter of seconds, the surge destroyed everything on its way and killed 125 people, including the filmin group with Sergey Bodrov Jr.
There is no single version of what caused the glacial catastrophe in the Genaldon valley in 2002. There are three major version, though: seismic, volcanic, and meteorological.

The speed of restoration of the glacier deserves special attention. According to experts conducting observations of the glacier, the rate of its recovery has slowed considerably in recent years due to climatic factors. Now the glacier has gained about one third of the volume it had in 2002. It terms of area, it is 2.5 times smaller now than it was in 2002.

The thickness has considerably decreased: if earlier it was 80-100 m (260-330 ft), today's maximum is 50 m (165ft), and 30-40 m (100-130ft) on the average.
Causes of the catastrophe
Join our Telegram channel to stay tuned for the econews (in Russian)
Contacts
Projects
Team
About Us
Fund
Ecorating
EcoPhone
KIDS Forum
News
Media